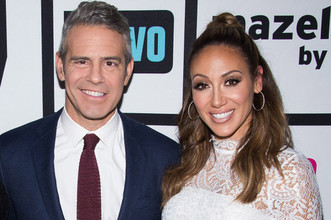 (New York, New York October 8, 2019). Today, an arbitrator for the arbitration service JAMS, which large mega-entertainment companies like to insert into their so-called releases as they are inclined to protect large vested interests in order to secure more corporate clientele, after about one year after the case was referred to JAMS by a federal court, issued an allegedly dishonest or grossly negligent decision dismissing the claims filed by Jackie Beard Robinson in this widely publicized lawsuit.

Larry Klayman, Ms. Robinson's legal counsel had this to say in reaction to this decision:

"It is unconscionable that the arbitrator engaged in delay for about nine months to write an intellectually dishonest opinion, and then dismissed my client's claims with little to no factual and indeed patently wrong legal reasoning. Mrs. Robinson allegedly had been falsely defamed by Melissa Gorga and the other defendants on national and international television for having stolen merchandise from the joint venture between Mrs. Robinson and Ms. Gorga, the so-called star of the Housewives of New Jersey.

"We will now appeal the ruling by a federal court to refer the lawsuit which I filed as early as December 26, 2017, for Mrs. Robinson in the U.S. District Court for the Southern District of Florida to JAMS, as this case belongs in federal court, not the ethically challenged and conflicted JAMS, which the multi-trillion dollar entertainment industry effectively has in its 'hip pocket.' We will also be pursuing other legal actions to seek redress for this willfully false or grossly negligent arbitration ruling.

"The defendant's motion to dismiss was filed November 15, 2018, almost a year ago and this outrageous delay in reaching JAMS decision speaks for itself. Only when Mrs. Robinson pushed for a ruling after about nine months of delay by the arbitrator, was one issued. Notably, JAMS demanded full payment for the arbitrator's 'services,' before releasing the decision, suggesting that it knew that the decision was unfavorable to Mrs. Robinson. And, even when Mrs. Robinson paid the money 'up front,' JAMS then again delayed releasing it again with apparently bogus excuses, all suggesting nefarious conduct.

"JAMS and its arbitrator have been put on notice to retain all documents concerning this matter as they will be requested in later legal proceedings.

"Once again, the 'little guy,' in this case Mrs. Robinson, is cast aside by the wealthy rich and famous establishment vested interests who butter their collective bread at the expense of ordinary people. The ruling by JAMS's arbitrator was simply dishonest or grossly negligent and this will be proven in further proceedings. Justice will be done in the end!"