KLAYMAN MAKES GOOD ON THREAT TO SUE CNN FOR DEFAMATION!

Share
(Palm Beach, Florida, August 11, 2020). Larry Klayman, founder of both Judicial Watch and now Freedom Watch, a former federal prosecutor, and former U.S. Senate candidate in Florida, filed suit today alleging that CNN, its president and CEO Jeff Zucker, and business reporter defamed him when it conducted an "outrage campaign" to have Klayman's and his client Dr. Judy Mikovits's interview on Sinclair pulled from being shown to television viewers during the weekend of July 25, 2020. The interview is embedded below.

During the interview, which was conducted by Sinclair host Eric Bolling, Dr. Mikovits, a PhD and an expert in virology, revealed that Dr. Antony Fauci had played a role in sending the seeds in what was likely engineered by the Communist Chinese government at its laboratory in Wuhan, China, into the COVID-19 virus, causing a worldwide pandemic. The alleged reason: research on the virus line, which is a derivative of the deadly SARS virus, could not be performed at the military's virology laboratory at Ft. Detrick, Maryland, since to do so would be illegal under American protocols. To make matters worse, Fauci convinced American authorities under former President Obama to send millions of dollars of U.S. taxpayers' grant money to the Communist lab in Wuhan, where they apparently engineered the virus into a bio-weapon that was later released either by accident or intentionally, causing death, severe health effects and economic destruction.

CNN, its CEO Jeff Zucker, no friend of President Trump and a leftist, along with his leftist reporter Oliver Darcy, then waged an outrage campaign to smear both Klayman and Mikovits, in Klayman's case maliciously publishing widely that he has a history of pushing misinformation for conspiracy theorists.

When asked to retract this false statement, particularly since CNN and the other defendants could not come up with one example of Klayman's misinformation and distorted and failed to publish his full comments, they arrogantly refused and continued on with their outrage campaign. So today, Klayman made good on his threat to sue CNN, Zucker and its business reporter Oliver Darcy. Klayman does have a history of not making threats he does not keep, if warranted. The complaint is also embedded below.

Embedded below is the interview which had been posted on Sinclair website before it was scheduled to air. It was later pulled by Bolling when he panicked after CNN began its smear campaign. But Dr. Mikovits, author with Kent Heckenlively of the bestselling book "Plague of Corruption," stands by her statements and it is hoped that President Trump will order a complete investigation, since it would appear that this nation under the Obama/Biden administration, through Fauci and others working with him, sowed the seeds of the nation's destruction by the COVID-19 virus. Importantly, Dr. Mikovits has first-hand knowledge of Fauci's involvement, as she worked with him at the U.S. military's lab at Ft. Detrick and the National Institutes of Health.

Klayman and his public interest group Freedom Watch have also filed class action lawsuits in Dallas, Texas, federal court and Jerusalem with Israeli legal colleagues for the massive damage caused by the Communist Chinese's release of COVID-19, as well as a criminal complaint at the International Court of Justice in The Hague, Netherlands. They can be viewed at www.freedomwatchusa.org.

A sworn affidavit of Dr. Mikovits is attached to the complaint embedded below concerning this and related matters with regard to COVID-19 and Dr. Fauci.

Klayman had this to say upon filing suit:

"The Fake News CNN and its leftist Trump-hating CEO Zucker, along with their obedient business reporter Darcy, will now be held to legally account before a jury of their peers. It's time that CNN, Zucker and Darcy have to answer for their dishonest reporting and defamation, calculated to protect Dr. Anthony Fauci, who has become the left's Prophet Mohammad in bringing down the President of the United States through the doctor's calculated advice and direct actions intended to destroy the American economy and deprive the American people of their civil liberties." 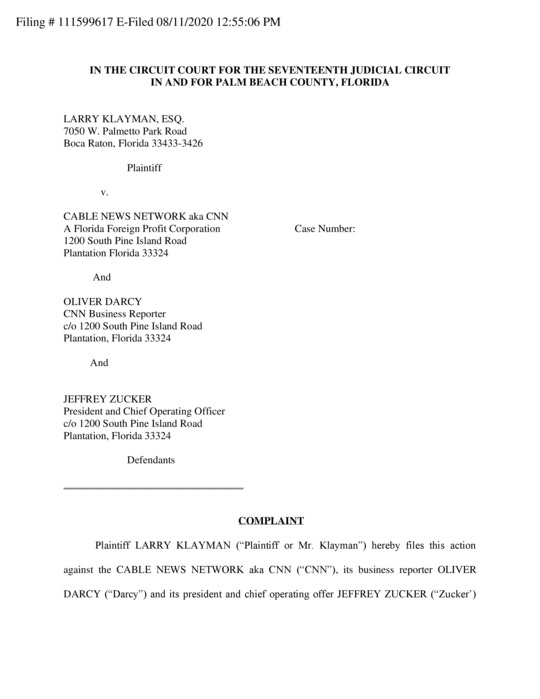 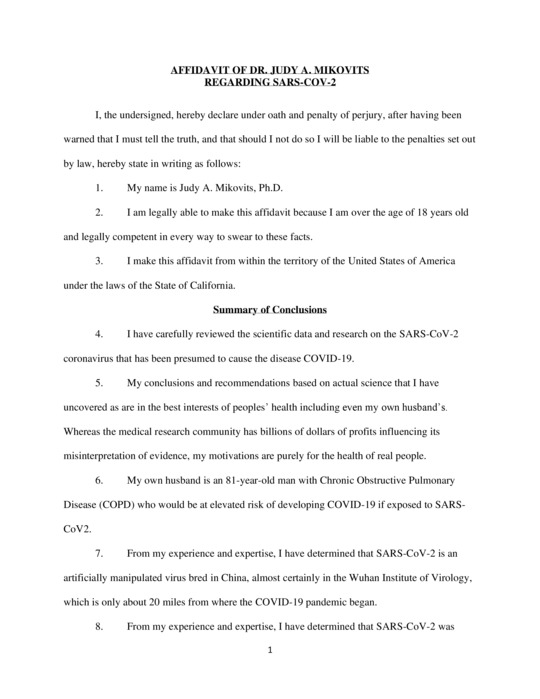 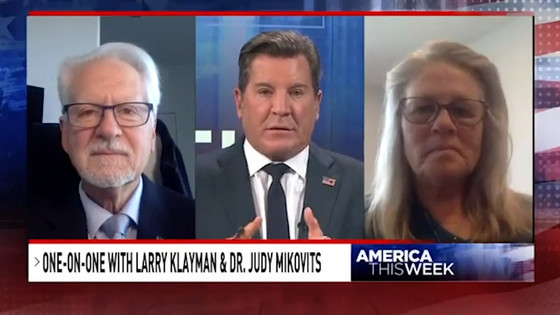