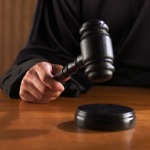 (Washington, D.C., June 4, 2016). Today, Larry Klayman, a former prosecutor for the U.S. Department of Justice who was on the trial team that broke up AT&T, and founder of Judicial Watch and now Freedom Watch, issued this statement in response to the overly harsh and dishonest criticism leveled against Donald Trump over federal judge Gonzalo Curiel's alleged bias and prejudice against him.

Klayman has this to say: "This harsh criticism, designed to inflame Latino-Americans, and influence the upcoming presidential election by Hillary Clinton and the Republican establishment like Senate Majority Leader Mitch McConnell and House Speaker Paul Ryan (who would like to see Trump lose to Clinton so they can run their Republican establishment candidate against her in 2020), that Trump is racist as shown by his comments about the possible influence of federal judge Curiel's Mexican-American heritage in making rulings in the Trump University case now before him, intentionally ignores reality and is intellectually and intentionally dishonest. So too is overly harsh reaction by the mainstream media about Trump's claims.

Does anyone believe that judges, like nearly all persons, are not influenced by their backgrounds and heritage? Indeed, in my nearly 40 years of legal practice, I have come upon many judges who wear their national origin and race on their sleeve. Judges are human and react to events just like everyone else. And, regrettably, particularly in the federal judiciary, where judges are nominated based on political patronage, and frequently take the bench after confirmation without any training in how to be a judge and mete out not just justice but the appearance of justice, this bias and prejudice frequently seeps through to their decision-making.

Clinton, McConnell, and Ryan, to name just a few of the political hacks that infest the nation's capital and our body politic at large, are dishonestly selling an "Alice in Wonderland" bill of goods to the American people to further their own political agendas.

In 1994, I founded Judicial Watch – the name was meant to connote watching and keeping judges honest – because I had experienced as a trial lawyer the same type of bias and prejudice and unfair rulings of which Trump claims. In the years leading up to my founding of Judicial Watch, I represented mostly U.S. importers and foreign exporters in international trade cases and litigation and saw the bias and prejudice of some judges against my clients because their national origin and the influence of big money with the politicians who got them their jobs. I was offended and disgusted, and wanted to do something about this, and so I founded Judicial Watch. (See my autobiography "Whores: Why and How I Came to Fight the Establishment" which can be purchased online at Barnes and Noble, Amazon and WND Books.)

Recently, in a criminal prosecution of Cliven Bundy in Las Vegas federal court, where I have sought to appear as Mr. Bundy's criminal defense counsel along with a fine local lawyer (as I have written on www.wnd.com in my weekly columns), I have again experienced bias and prejudice against my client by a federal judge of Mexican-American heritage who is likely in part hostile because I represent Sheriff Joe Arpaio in a Supreme Court case challenging President Barack Obama's executive amnesty orders. This federal judge, Gloria Navarro, like Judge Curiel in the Trump University case, is a Latina activist and attended law school in Maricopa County, where Arpaio is sheriff. She was recommended to the bench by Senate Minority Leader Harry Reid, who has said publicly that Cliven Bundy and his family are "domestic terrorists," and that they should be imprisoned. President Obama, who nominated Navarro at Reid's urging, has also attacked Cliven Bundy, falsely suggesting that Cliven Bundy is racist. In short, Judge Navarro, I sincerely believe, influenced by her national origin and allegiance to Reid and Obama, has made a number of biased and highly prejudicial rulings that have abridged and effectively trashed Cliven Bundy's constitutional rights by denying him his Sixth Amendment right to counsel and a speedy trial. For a time, Judge Navarro also apparently had Cliven Bundy imprisoned in solitary confinement. Judge Navarro has even suggested that Cliven Bundy's wife should be indicted along with him and his sons, following the lead of her benefactors, Reid and Obama. My co-counsel in Cliven Bundy's criminal defense has moved to disqualify her, which she predictably denied and the matter is now headed to the appeals court.

Judge Curiel in the Trump University case was reportedly a member of La Raza, a radical Latino group that believes in Latino superiority over non-Latinos. Thus, whether or not Trump is right about his bias and prejudice, in the real world it is likely that his alleged unfair rulings have been influenced by this.

In short, those who criticize Trump or others who see the world for what it is, and attack them for raising important issues about the judicial bias and prejudice that permeates our federal judiciary in particular, are not being honest with the American people.

In short, our federal legal system and its judiciary is politicized, frequently intellectually dishonest and in some quarters even totally corrupt (the state court judiciary is not much better) and that is one big reason why I carry on as head of my new group Freedom Watch and in private practice to fight against this tyranny." See www.freedomwatchusa.org and www.larryklayman.com and www.clivenbundydefensefund.com.