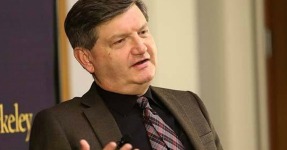 (Washington, D.C., February 25, 2015). Today, Larry Klayman, Esq., legal counsel for Dennis Montgomery, announced that his client had filed a major defamation lawsuit against renowned national security reporter James Risen, the author of the bestselling book "Pay Any Price," about our spy agencies, the NSA and CIA, and their on-going unconstitutional and thus illegal surveillance programs. Risen and his colleagues at The New York Times were the first to break the story years ago about President George W. Bush's and Vice President Cheney's illegal warrantless wiretaps of American citizens. In their new book, Risen and the publisher have defamed Montgomery, a person credited with having developed and thus been "the franchise" with regard to NSA/CIA surveillance software to protect the nation from terrorist attacks following the tragic events of September 11 – so much so that he had direct access to the Oval Office of W. and Cheney.

Risen and the publisher were put on notice and given several months to retract and pay damages for the alleged false and misleading statements but arrogantly refused. In so doing, Klayman advised the defendants, in the case now filed in the U.S. District Court for the Southern District of Florida (Montgomery v. Risen, 15-cv-20782), that their accounts of Montgomery, however defamatory, were either manufactured to sell books and reap huge profits, or could only have been obtained through unauthorized and illegal access to falsified classified information from the spy agencies to discredit Montgomery. Like Edward Snowden before him, Montgomery was ignored by compromised establishment politicians of both parties in Congress and various Inspectors General.

"It is an outrage that Risen would be used as a tool to destroy a non-public person and patriot who worked 'undercover' to protect the nation from terrorist attacks. In Montgomery's lawsuit, he will set the record straight and obtain justice for these malicious acts. Risen and his publisher will now Pay Any Price!"