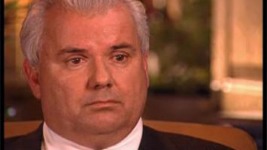 (Miami, Florida, June 30, 2015). Today, Larry Klayman, former federal prosecutor for the Justice Department and the founder of Judicial Watch and now Freedom Watch, announced the filing of a lawsuit against the American Civil Liberties Union ("ACLU"), and certain of its attorneys for violating their fiduciary duty and attorney client relationship, as well as defaming NSA/CIA whistleblower Dennis Montgomery. The complaint was filed in federal court in Miami, Florida (Case No. 15-cv-22452).

The complaint alleges that Montgomery sought legal assistance from the ACLU with regard to his whistleblowing of the unconstitutional and illegal acts by the NSA and CIA, much like the disclosures of Edward Snowden. Montgomery possesses information potentially more egregious than Snowden revealed. Unlike Snowden, Montgomery sought to come forward legally and before government authorities and this was the primary reason for him entering into an attorney client relationship with the ACLU and its attorneys.

Ultimately, as the complaint alleges the ACLU failed to carry through with its representation and instead in an unrelated federal lawsuit in Arizona (Case No. CV-07-2513-GMS) against Sheriff Joe Arpaio, attacked and defamed Montgomery – who had been hired by Arpaio to ferret out illegal surveillance of Arizona citizens – to further the interests of other clients seeking to punish the sheriff for his law enforcement against illegal aliens in Maricopa Country. The ACLU went so far as to falsely publicly accuse Montgomery in court and in the media of being found to be a con man and committing crimes, in conjunction with Sheriff Arpaio and his deputies. Thus, the complaint alleges that in their zeal to destroy Arpaio, the ACLU intentionally harmed its client Montgomery.

"This professional misconduct and illegality cannot be permitted by members of the bar, and it is despicable," stated Klayman. "The ACLU will be held to account under the rule of law for the huge damage it has caused Mr. Montgomery. This self-styled protector of the civil liberties, is itself a fraud, as it puts its own liberal agenda ahead of its professional responsibilities," added Klayman.

Recently, it was also reported in the media that despite its efforts to restrain the NSA from illegal spying, the ACLU itself has been implanting "cookies" in its perceived adversaries' computers to illegally spy on them. See http://dailycaller.com/2015/06/15/exclusive-aclu-uses-tracking-software-to-monitor-capitol-hill-staffers/.