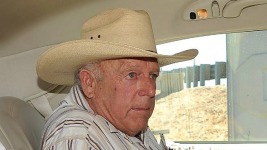 Asks For Dismissal Of Indictment And Release From Solitary Confinement

The complaint asks the Court to dismiss the indictment against Cliven Bundy and release him from prison and solitary confinement.

Cliven Bundy's attorneys will discuss the complaint following the hearing at 10:00 a.m. on the courthouse steps.