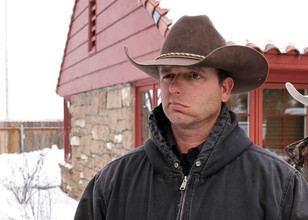 (Las Vegas, Nevada, October 30, 2018). Ryan Bundy, candidate for Nevada Governor and his father, Cliven Bundy, will hold a press conference tomorrow, Wednesday, October 31, 2018, in front of the federal courthouse in Nevada where the fatally flawed indictment against them and other peaceful protesters, who had lawfully exercised their constitutional rights to freedom of speech and to keep and bear arms under the First and Second Amendments to successfully stand down a tyrannical federal government at Bunkerville, had been dismissed last January, 2018.

Incredibly, the U.S. Attorney's Office filed a notice to appeal this dismissal.

This indictment was dismissed because agents of the Bureau of Land Management (BLM), Federal Bureau of Investigation (FBI), and U.S. Department of Justice were caught lying to the court and withholding evidence favorable to the Bundys -- thus attempting to wrongfully convict them with mandatory life sentences.

Even an "unfriendly" federal judge, Gloria Navarro -- who had been recommended to the bench by former Senator Harry Reid who, had branded the Bundys "domestic terrorists" -- and who had been called a friend of the prosecutors by the mainstream "Las Vegas Review Journal," found it necessary to throw the case out for the federal government's egregious misconduct.

Now Ryan Bundy is fighting back against federal overreach and corruption in the courts and seeking to not just protect the constitutional rights of the people of Clark County, where the Bundy Ranch is located, but all Nevadans and Americans. The lawsuit which he filed today in the U.S. District Court for the District of Columbia will be distributed at the press conference, which will be attended by Ryan and Cliven and other members of the Bundy family, as well as supporters.

Mr. Larry Klayman, the founder of Judicial Watch and now Freedom Watch and a former federal prosecutor, and who filed the suit with the Bundys in his private capacity, will also be present to speak. He will also discuss another complaint which he filed for Cliven Bundy, seeking a declaration that the land upon which he and others ranch, live and do business is owned not by the federal government, but as of right by the people of Clark County and Nevada.

The complaint can be found at LarryKlayman.com. Click here for PDF.