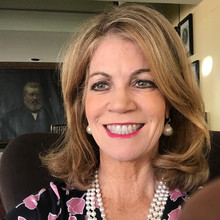 (Washington, D.C., April 25, 2019). Larry Klayman, the founder of Judicial Watch and now chairman and general counsel of Freedom Watch, and a former trial attorney and prosecutor for the U.S. Department of Justice, had responded to the ad hominem attacks of Fox News' CEO Suzanne Scott and the network itself after he filed a $120,000,000 defamation complaint on behalf of Laura Luhn yesterday in federal court in Washington, D.C. The complaint, which is embedded below, can be also be found at www.larryklayman.com and speaks for itself.

In essence, the complaint alleges that the current CEO of Fox News, Suzanne Scott, was an enabler, along with now disgraced Bill Shine, to the brutal sexual abuse by former CEO and founder of Fox News Roger Ailes, and that she has been outright lying that she knew nothing about the sexual harassment of not just Laura Luhn but scores of other women at the hands of Ailes and others. In this regard, Scott's denials are not only outright false, they cast Ms. Luhn in a false light by calling her, a severely damaged woman who has been driven to attempted suicide twice in the past, a liar.

This damage was compounded yesterday when an anonymous person at Fox News, which is now owned by Fox Corporation, had published in the Hollywood Reporter an ad hominem attack against Ms. Luhn and her lawyer Larry Klayman by issuing this statement:

"Larry Klayman's latest lawsuit is utterly frivolous and entirely without merit and credibility."

Klayman had this to say in response today:

"This anonymous ad hominem attack and blatantly false denial is demonstrative not only of the cowardice and lack of journalistic ethics at Fox News, but also shows why it is still seen as anti-woman. By refusing to own up to the cover-up of Ailes' sexual abuse, and the enabling of his heinous actions toward Ms. Luhn and fellow women at the network, Suzanne Scott is cementing the perception that her network has not moved on from the Ailes era.

"Suzanne Scott claiming that she knew nothing of Ailes' 'reign of female terror,' which so severely harmed Ms. Luhn, is like Germans living in Munich during World War II claiming after the Holocaust that they did not know what was going on at Dachau, which was located in the heart of the city.

"Ms. Scott and Fox News will now be held to account before a Washington, D.C., jury, who are likely to hold them both accountable for what they have done to Ms. Luhn, my brave client. If Ms. Scott chooses to lie and perjure herself under oath in court and on the witness stand, she will have even more severe problems, as scores of material witnesses who know the truth will be called to testify."