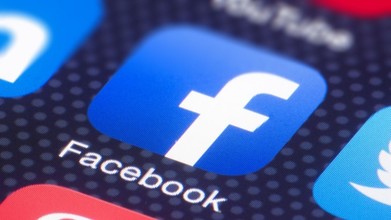 (Palm Beach, Florida, July 9, 2019). Today, Larry Klayman, the founder of Freedom Watch and a former federal prosecutor announced the filing of a defamation lawsuit by conservative investigative journalist Laura Loomer against Facebook. The complaint, filed in the U.S. District Court for the Southern District of Florida (Case No. 9:19-cv-80893), alleges that Facebook and its wholly owned sister company Instagram, in banning Ms. Loomer from the social media sites, maliciously defamed her by publishing that she is a "dangerous individual" and a domestic Jewish terrorist. This characterization of Ms. Loomer, published widely, is alleged to have severely damaged her reputation, good will and financial well-being, as well as endangered her life and caused her to have to travel with security. As Facebook is reportedly worth over $63 billion the alleged compensatory and punitive damages are sought for at least over $3 billion U.S. dollars, which is 5% of its net worth — the standard calculation for punitive damages. The reason punitive damages are assessed by a jury is to punish the offender to dissuade further illegal conduct.

Loomer has been a strong advocate not just for conservative causes, but also to stem the growing anti-Semitism in Congress and threat of Islamic terrorism. In this regard, she was banned by Facebook and Instagram by simply revealing the truth. Facebook and its CEO and founder Mark Zuckerberg is a self-hating leftist Jew sympathetic of Islamic extremism. Klayman sued Zuckerberg and Facebook years ago for allegedly furthering a Palestinian Intifada calling for and which resulted in the death of Jews.

Klayman had this to say upon filing suit for Ms. Loomer:

"Laura Loomer is an American heroine, who puts principle ahead of her own safety and well being. By calling Ms. Loomer dangerous and banning her from Facebook and its related wholly owned and controlled entity Instagram, the companies have not only maliciously defamed her but in effect issued another Intifada to harm her for criticism of Reps. Omar and Tlaib and their blatant anti-Semitism. This will not stand and Facebook will be made to pay dearly for its actions."