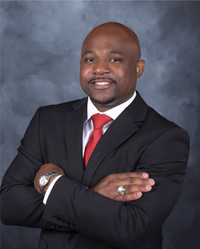 (Washington, D.C., August 15, 2019). Larry Klayman, a former federal prosecutor and founder of both Judicial Watch and now Freedom Watch, in his private capacity filed a complaint in the U.S. District Court for the Northern District of Texas (Case No. 3:19-CV-01945-N) alleging defamation and racial and other forms of invidious discrimination on behalf of Dallas Police Sergeant Demetrick "Tre" Pennie. The complaint prays for over $290 million in actual and punitive damages and can be viewed at www.larryklayman.com.

On September 7th 2016, the Dallas Morning News publicly endorsed then-Presidential Candidate Hillary Clinton for President. On September 16th 2016, Sgt. Pennie filed a lawsuit in U.S. District Court for the Northern District of Texas against Black Lives Matter, and a several others including Barack Obama, Al Sharpton, Louis Farrakhan and his Nation of Islam, and then presidential candidate Hillary Clinton. The lawsuit alleged that the defendants incited violence against the police and generally stoked a race war. On September 19th 2016, the Dallas Morning News responded to Sgt. Pennie's lawsuit by saying "DPD sergeant's suit against Black Lives Matter does more harm than good." The article went on to say that Pennie didn't understand the issues that led to racial tensions in these communities. The fallout between Sgt. Pennie and Dallas Morning News carried over into 2018.

On July 6th 2018, Sgt. Pennie's foundation filed a lawsuit against another organization for allegedly stealing checks and then downplaying it as an accident. The case was filed in the U.S. District Court for the Eastern District of Texas on case #4:18-cv-00481. Later that month, Sgt. Pennie met with the Dallas Morning News in "good faith" about the impending case. Sgt. Pennie would later learn that the DMN article was not about the case, but instead a "hit piece" about him.

Then on August 17th 2018, the alleged defamatory news article was published by the Dallas Morning News regarding Sgt. Pennie and his two foundations. Sgt. Pennie alleged that the article was a "decapitation attempt" on his character for suing the other organization and his prior lawsuit against Black Lives Matter et. al. Sgt. Pennie alleged that this was a coordinated attempt by the Dallas Morning News, the former Dallas mayor, and other involved organizations to destroy his reputation and harm him in other ways. Pennie stated "the cronyism and corrupt discriminatory practices that have governed the City of Dallas for years has to end. The backroom politics and slanted media stories have negatively affected me and my family and has put us at great risk of even physical harm."

Sgt. Demetrick "Tre" Pennie is currently running for U.S. Congress Texas District 30. He has a doctorate degree from Texas Tech University and has previously served as an adjunct professor for the University of Phoenix. Prior to joining the police force, Sgt. Pennie served honorably in the U.S. Army as an artillery specialist. He is currently the President of the Dallas Fallen Officer Foundation.

To view the complaint go to www.larryklayman.com or contact daj142182@gmail.com or (424) 274 2579. Learn more about Sgt. Pennie at: www.pennieforcongress.com or https://www.sgtpennie.com