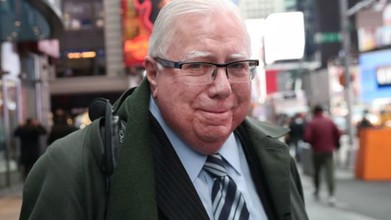 Via Email and Mail

Re: Response to the Committee's Letter of December 14, 2018 Concerning Dr. Jerome Corsi

In response to your letter of December 14, 2018 (attached) to David Gray and me, counsel for Dr. Jerome Corsi, on behalf of Dr. Corsi we respectfully decline your offer for our client to produce voluminous, overly broad, irrelevant documents — which you can obtain from Special Counsel Robert Mueller in any event — as well as to appear for an interview with your so called "bi-partisan Committee staff."

Rather, you and this "bi-partisan" staff are highly politicized and thus ill equipped to conduct a fair and neutral investigation and are merely a part of the on-going Republican and Democrat elite establishment "witch hunt" to destroy the presidency of Donald J. Trump, by making persons such as our client "whipping boys" in this unethical if not illegal pursuit to coerce false testimony.

Dr. Corsi will not be part of this and thus we respectfully request that you do not continue to harass and effectively threaten him and his family, as has been the case with the Special Counsel and his unethical pro-Clinton, pro-Democrat and anti-Trump conflicted prosecutors.

On behalf of our client, we wish you a Happy New Year free from the politics of personal destruction designed to serve the interests of the elite establishments of both political parties bent on taking down the 45th President of the United States so they can run their own candidates for the White House in 2020.