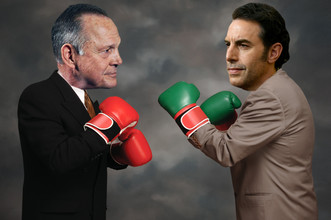 (June 9, 2022) The U.S. Court of Appeals for the Second Circuit will hear the appeal of former Chief Justice of the Alabama Supreme Court and U.S. Senate candidate, Roy Moore, and his wife Kayla, over the dismissal by the lower court of their defamation suit brought against Sasha Baron Cohen, Showtime and CBS, over having been falsely branded by him as a pedophile on the show "This is America." The caption of the case is Moore et. al v. Cohen et. al, Case No. 21-1701

For more information on how to attend the hearing or watch it on Zoom go to the court's website or contact Asher Anderson, Executive Assistant to Larry Klayman, at Asher.andersonfw@gmail.com or telephone (424) 335-5646.